Soner Cagaptay’s new book is an insightful read for anyone interested in understanding how Turkey has reached this particular point in its history, and what Erdoğan’s enduring legacy will be. 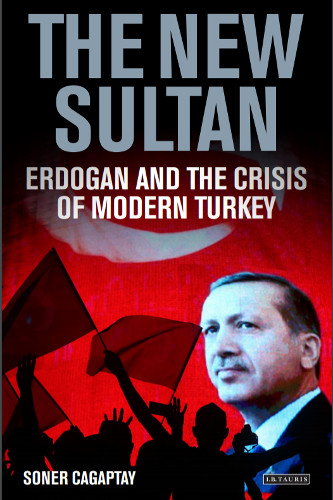 Soner Cagaptay is the director of the Turkish Research Program at the Washington Institute for Near East Policy and released The New Sultan: Erdogan and the Crisis of Modern Turkey in July 2017.

Frequently seen as a modern-day Atatürk by his supporters and a revisionist anti-Atatürk by his detractors, there is no doubt that Turkish President Recep Tayyip Erdoğan will go down in history as one of Turkey’s most influential leaders.  For Turks, accustomed as they are to endless domestic political upheavals since the Turkish Republic was founded in 1923, the election of Erdoğan’s Justice and Development Party (AKP) in 2002 was a welcome relief.  Indeed, the previous year had seen the Turkish economy brought to its knees and only rescued with the injection of billions of IMF dollars.  As a result, voters turned to Erdoğan in the hope that his government would finally address decades of miss-management and corruption.

In his first years in office, Erdoğan certainly did try to confront many of the issues that had dogged the Republic since its foundation.  He worked hard to end the long-standing conflict with the Kurdistan Workers’ Party (PKK) while curtailing the military`s role in Turkish society.  He also presided over a period of significant economic growth with his sights also set on joining the European Union.  Along the way, many Turks bought into his vision of a confident, prosperous country playing a leading economic and political role regionally and internationally. It was no wonder that after 2002, the AKP triumphed in four successive parliamentary elections.

More recently, though, Turkey’s fortunes have taken a turn for the worse, prompting Soner Cagaptay, the director of the Turkish Research Program at the Washington Institute for Near East Policy, to ask “what will Erdoğan’s enduring legacy be?”  It is a question he sets out to answer in his outstanding and wide-ranging book, The New Sultan: Erdogan and the Crisis of Modern Turkey.

“The economy will be Erdoğan’s Achilles heel.”

Today, Cagaptay writes, Turkey is “in trouble, very deep trouble.”  In trouble because of a growing domestic political divide, Ankara’s failed post-Arab Spring Middle Eastern policy, a destructive war of words with the European Union, a deteriorating relationship with Washington, a continuing and brutal war with the PKK, numerous terrorist attacks and a failed military coup in July 2016 that left over 200 dead.  Moreover, in the aftermath of the military uprising, widespread purges targeted anyone even remotely associated with the United States based Turkish Islamic scholar Fethullah Gülen.  It was Gülen, said the Turkish government who was ultimately behind the coup attempt.  The impact of all this unrest, combined with a continuing state of emergency, is best demonstrated by the near collapse of Turkey’s tourist industry, declining investor confidence and a sinking Turkish lira.

It was, of course, never meant to be this way.  “When Erdoğan came to power in 2002, Turkey was,” Cagaptay writes, “a country of mostly poor people; it is now a country of mostly middle-income citizens.”  However, the golden years for Erdoğan and the AKP, “when Turkey presented itself as the exception to the relative disorder and instability in the Middle East,” seem like a long time ago now.  Indeed, the march towards an advanced economy, regional power status and improved democracy has become somewhat like the march of an Ottoman band on parade – very slow.  Not surprisingly, Cagaptay is quick to recognize that as the 2019 national elections for the position of President and the Grand National Assembly approach, “the economy will be Erdoğan’s Achilles heel.”

Given the current state of affairs in Turkey, another important question that Cagaptay asks is “where does Turkey go from here?”  There are, he offers, three possible paths all with Erdoğan at the centre and a fourth without him.  The first path is a continuation of the current political polarization and impasse.  The second path is the eventual creation of an authoritarian state under Erdoğan’s iron grip.  The third path is one leading to outright civil war among Erdoğan’s supporters and those who oppose him.  In each case, the outlook is grim.  Cagaptay’s fourth path, a Turkey without Erdoğan and the political free-for-all that would follow, is not encouraging either.

Of course, it is hard to imagine a Turkey without Erdoğan at the helm, given his long political career.  And a key strength of The New Sultan is the concise account of how his family, schooling and work experience shaped the future President.  He was, Cagaptay writes, the boy who came from the other side of Istanbul’s tracks to eventually become the city’s most successful mayor.  Along the way, his religious upbringing would make him an unswerving champion of political Islam.

“He was the boy who came from the other side of Istanbul’s tracks to eventually become the city’s most successful mayor.”

The New Sultan, besides being an important companion for seasoned Turkey watchers is also a very valuable reference for anyone trying to understand how events since 2007 have given way to the current situation.  Indeed, the last decade witnessed a failed military-led “e-coup” in 2007 designed to prevent the appointment of Abdullah Gül as President, the spread of the Gülen movement within government, the Ergenekon and Balyoz show trials that largely targeted secularists and the military, the 2013 Gezi Park anti-government protest and, as previously mentioned, the 2016 attempted coup.  In each case, Cagaptay provides just the right amount of detail to put matters into context.

All through the last decade, Cagaptay continues, Erdoğan has, “gradually alienated large swaths of Turkish society,” and pushed “ultra-conservative and non-egalitarian Islamist social and political values onto the rest of the country.”  Certainly, the April 2017 referendum, in which a narrow margin of Turks voted to adopt a presidential system of government, has also served to further exacerbate domestic social divisions.  In Erdogan’s Turkey, he continues, individual rights and freedoms have steadily eroded, journalists languish in jail and the secular education system is no more.

Is there a way out of the morass?  With Erdoğan at the helm, Cagaptay replies, there is not.  Yes, Erdoğan has transformed the economy but when he does leave office one day, “there will be few institutions left standing to keep the country together.”  If there is a chance to turn matters around, he maintains, Erdoğan would need to reverse many of the domestic policy choices he has made over the last decade, which is a highly unlikely proposition.  Nor is another AKP led, Kurdish peace overture conceivable.  In fact, the fighting between the Turkish government and the PKK in south-eastern Turkey has increased dramatically since July 2015.  Moreover, once the so-called Islamic State is finally defeated in Syria, it’s not too farfetched to imagine that the violence in Turkey will intensify once well-equipped and battle-hardened Turkish-Kurdish fighters, who have been supporting their Syrian-Kurdish comrades, return home.

One of the most telling passages in Cagaptay’s book, pinpointing the cause of Turkey’s latest slide downwards, occurs in his final chapter Ending Turkey’s Crisis:

Turkey is simply too diverse demographically, too big economically and too complicated politically for one person to shape it in his own image against the backdrop of a democratic system and competing political forces.  Democratically, Erdoğan cannot have his political cake and eat it.  In other words, he can continue to shape Turkey from the top down only by ending it.

The long-term prognosis for democracy in Turkey then is not good, even if as Cagaptay believes, Turkey’s growing middle class could, at some point, summon the courage to face down the “cult of personality” that Erdoğan and his followers have created.  But, as he also notes, this secular and liberal middle-class opposition lacks a charismatic leader of their own and Turkey’s current opposition parties offer little in the way of alternative policy choices.  The recent formation of the Good Party (İyi Parti in Turkish) led by Meral Akşener has created some excitement but will more than likely divide the anti-AKP vote even further.

In the end, for anyone interested in understanding how Turkey has reached this particular point in its history, and what the future will likely have in store, The New Sultan: Erdogan and the Crisis of Modern Turkey is a well-researched and very informative read.

Chris R. Kilford
Chris R. Kilford is President of the Victoria Branch of the Canadian International Council and sits on the Board of Directors. He is an External Fellow at the Queen’s Centre for International and Defence Policy. During his 36-year military career in the Canadian Army, Dr. Chris Kilford served throughout Canada, Germany, Afghanistan and Turkey in various command, instructional and staff roles.