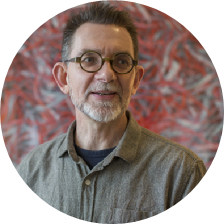 Over the course of this century, we will need to undergo an energy transition—a shift from a global society still heavily dependent on fossil fuels to one using sustainable and renewable forms of energy. Transition will depend on more than just development of new technologies or shifts in government policy. Dr. Imre Szeman’s research shows that effective energy transition also requires social, political and cultural transition, with attention to the ways, both profound and subtle, that the energy riches of the past two centuries have shaped and influenced human cultural and social relations. ‘Energy humanities’—the field that Szeman’s work has largely defined—demands that we ask tough questions about how our energy-fuelled modernity impacts the environment, and that we grapple with the full range of changes we will need to make to enable and support energy transition.

Szeman is University Research Chair in Communication Arts at the University of Waterloo. Through his teaching, publications, and public engagement, he has offered nuanced, careful, and multi-faceted considerations of transformations in contemporary culture and society, with the aim of opening up a better understanding of the repercussions of global processes for cultural development and social justice. Szeman has contributed substantially to research in three areas: popular culture and cultural studies, globalization and culture, and the energy humanities. He is author, co-author, or editor of more than 25 books, including six on climate change and energy transition since 2016: After Oil (2016), Fueling Culture: 101 Words for Energy and Environment (2017), Energy Humanities: An Anthology; Petrocultures: Oil, Politics, Culture; On Petrocultures: Globalization, Culture, and Energy (2019), and Energy Culture: Art and Theory on Oil and Beyond (2019). His work has global impact, having been translated into Chinese, French, Portuguese, Spanish and Turkish.

Since 2009, Szeman has presented more than 120 invited and keynote lectures around the world. He has been recognized for his contributions to research by visiting professorships at the Chinese Academy of Social Sciences, University of Glasgow, University of Turku, and the University of Warwick, among other institutions. Szeman has received numerous distinctions for his scholarly activities, including the John Polanyi Prize in Literature (2000), Petro-Canada Young Innovator Award for innovation in undergraduate teaching (2003), President’s Award for Excellence in Graduate Supervision (2008), Killam Annual Professorship (2013), and J. Gordin Kaplan Award for Excellence in Research (2015). He is a Fellow of the Royal Society of Canada.

Imre Szeman
Imre Szeman is a CIC Fellow and the University Research Chair in Communication Arts at the University of Waterloo. As part of his CIC fellowship, Imre will continue research in the area of study he helped found known as the ‘energy humanities’ which assesses the broad range of social changes necessary to enable and support shifts to more environmentally-sustainable uses of energy. Notably, as part of his research Imre intends to develop a socio-energy transition calculator that will allow Canadians to make choices about social transitions and immediately see their effects on energy use.