This current bi-lateral crisis between Canada and China has been driven by a massive failure of internal corporate governance by Huawei and an aggressive and unbalanced foreign policy on Huawei’s behalf to mask this failure. 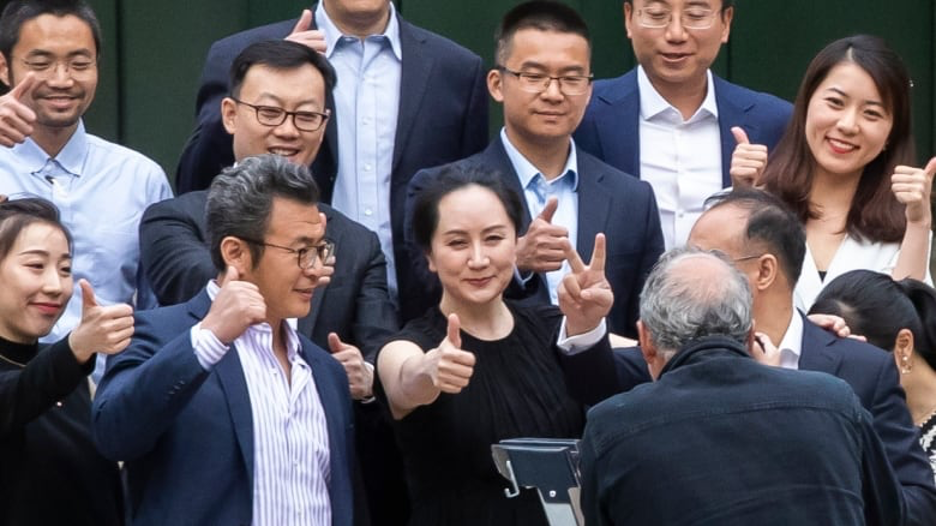 The rise of large, multinational corporations has generated a shift in the nature and hierarchy of international politics. Increasingly, foreign policy decisions are not being made in the pursuit of national interests, but rather on the needs of large corporations. This is a result of the significant economic clout and personal relations of these companies to national governments, which have been used to cloud the strategic goals of states. Examples from around the world, such as Koch Industries in the United States and Huawei in China show that this is a global phenomenon not confined to a particular country or region, and can have significant repercussions on national welfare. This current bi-lateral crisis between Canada and China has been driven by a massive failure of internal corporate governance by Huawei and an aggressive and unbalanced foreign policy on Huawei’s behalf to mask this failure.

Canada’s initial reaction after the arrest of the two Canadians has been primarily to manage the negative political blowback of the bilateral relationship with China, which the detainment of Meng Wanzhou created. Now that two years have passed, Canada’s aim should now be to work with its counterparts in the Ministry of Foreign Affairs to identify and address the key source of the problem – Huawei.

The Chinese government’s unconstructive response to the detention of Meng Wanzhou for potential extradition to the United States, in the form of the soul-destroying arbitrary arrests of Canadians Michael Kovrig and Michael Spavor and punitive trade measures against Canadian exports, has led to a regrettable downward spiral in bilateral relations for the wrong reason-Huawei.  However, if China’s foreign policy establishment were to temporarily suspend its current Wolf Warrior posture and reflect on Canada’s decision to detain Meng, the key architects and players of that policy should recognize that the original catalyst for this problem was Huawei’s internal governance standards.

A critical first step in this process within China’s government is to look at the facts. It is not Canada’s Justice System or Canada’s extradition treaty with the United States that is the origin of this problem. This failure of corporate governance, as Madame Meng once admitted in the past was because of the advice of her law firms. This crisis in part is caused by the professional competency of Huawei’s internal and external legal counsel to design and implement a fully compliant risk management framework for exports at the Board of Director’s request.

The same violations linked to doing business with Iran triggered similar legal problems with the United States for ZTE from China, Black and Decker, the German arm of the Italian Bank UniCredit and the British Bank Standard Chartered. Unlike Huawei, these companies all paid the fines imposed and moved on. Under the circumstances, this was also a prudent public and government relations strategy for these companies to take.

Huawei’s second mistake was to ignore America’s concern.  The investigation of Huawei’s compliance was started before Trump was elected and it was done so primarily because it was flagged by an outside third-party compliance process imposed on HSBC. The impact of the arrest is political in terms of its implications, but the timeline and public domain facts suggest that this legal process was driven by the United States District Attorney of the Eastern District of New York, based on the evidence presented to that office. The settlement option that other companies took when accused of violation of the Iran Sanctions may or may not still exist for Huawei.

There still may be personal benefits depending on the terms for Madame Meng to consider an Alford Plea with the Eastern District via her US legal counsel. An Alford Plea is a guilty plea in criminal court whereby a defendant in a criminal case does not admit to the criminal act and asserts innocence. This would permit a constructive resolution of the bilateral problem. Alternatively, if Meng Wanzhou is innocent there should be limited risk of her defending herself in the US legal system. The Government of Canada cannot orchestrate a plea bargain; but Huawei’s US-based legal counsel or a trusted third-party intermediary could explore whether this is a viable solution for the key parties involved to consider.  Huawei and the Ministry of Foreign Affairs in Beijing should recognize that just leaving Canada is not a full solution.  Even when or if Madam Meng can overturn the request for extradition to the United States and leave her home(s) in Vancouver and return to China, this will still not suspend the outstanding charges laid by the Eastern District.

The yet to be proven charges of bank fraud being made by the United States District Court for the Eastern District of New York against Madam Meng are linked to transparency and compliance within the global money transfer system. The Chinese Communist Party’s domestic anti-corruption campaign Skynet also relies on a transparent global banking system.  The majority of China’s best corporate players in the public and private sectors have higher levels of corporate compliance than Huawei. Groups as diverse as the World Refugee Council and the Central Commission for Discipline Inspection of the Chinese Communist Party rely on transparent wire tracing to do their work.

Within China, a comparison of Huawei’s government relations, corporate practices and social responsibility commitments to Lenovo or Xiaomi in the technology sector reveals several gaps. These gaps could be better addressed if Huawei goes public on a major global stock exchange.

There are more good companies in China than bad. China International Trust Investment Corporation and China Investment Corporation are both at the top end of the Chinese corporate pyramid. Both of these firms successfully work with Power Corporation and Teck to Canada and China’s mutual benefit.  These are just two positive examples of well-governed state enterprises. China’s leading state corporations and the majority of Chinese private sector are simply better governed than Huawei. By overtly backing Huawei, China’s Ministry of Foreign Affairs is undermining the State Council’s, the National Development Reform Commission and the Ministry of Commerce’s global outbound investment strategy by doing a disservice to the reputation of the Chinese firms that are well governed.

Huawei’s financial burden on China’s national economy is that it wants to be part of the socialist market economy when government subsidy is available but keep the benefits of private ownership when profits are distributed. Huawei’s own commercial position and aspirations in Canada will negatively impact performance in other core global markets if this crisis is not resolved in Canada’s favour. Huawei’s reliance on government subsidy is not unique to China, but to subsidize a failure of global compliance by a company like Huawei generally is. Huawei’s fiduciary and economic responsibility to its shareholders is to settle and move on.

To most Canadians, Meng Wanzhou first became known as the face that stopped a thousand canola ships. This partial embargo on canola seed has not been without its economic costs in China. The now-lifted restriction on Canadian pork sales to China last year, along with the curtailment of canola and the decimation caused by Asian Swine Fever were some of the many factors that contributed to household inflation before COVID-19. There might be a point in the future even in China when the political costs of protecting Huawei might cause blowback on the company.

China’s Ministry of Foreign Affairs might reflect on President Xi’s comments at the Sixth Plenary Session of the 18th Communist Party of China Central Committee as it considers the internal and external merits of defending Meng Wanzhou. As reported in the Chinese media: “Xi urged leading cadres to “build a fence” against special privileges to prevent themselves and those around them from abusing power.”

Canada’s best approach moving forward to manage this crisis is to assess blame where it is due: in Huawei’s front door and not Canada’s backyard.  Moving forward to put a larger framework around Prime Minister Trudeau’s decision to support the extradition process, the Government of Canada should explain to the Chinese government that Canadians are pleased to work with the best of what China has to offer. Part of that explanation is to share with Wang Yi, the Minister of Foreign Affairs and the Chinese Embassy in Ottawa, that based on Canadian and Chinese principles, Huawei is simply not China’s best corporate foot forward.