The former Canadian ambassador to the United States who redefined Canada’s brand in Washington has died at 92. 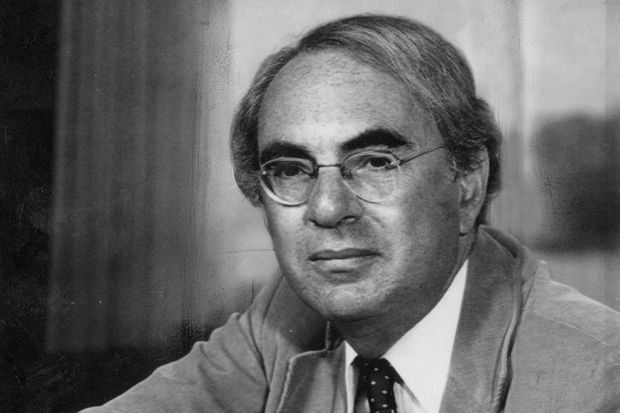 Allan Gotlieb was an extraordinary composite of talent and purpose, formed like so many others who emerged from the galvanizing social cauldron of mid-twentieth century Winnipeg to enrich Canadian life.

The extraordinary strength of his intellect was paired with a fascination for the intersection of power and public policy. His attraction to the essential force of big ideas drove him throughout his life. He quoted De Gaulle’s notion that every great statesman was driven by one over-arching concept.

For De Gaulle, it was “une certaine idée de la France.” For Allan, it was something similar for Canada, but with a Winnipegger’s cold shoulder for pretensions of grandeur.

He was, by scholarly preparation, a significant jurist, whose grail was the progressively global extension of international rule of law. He was passionate about the imperative for Canada to validate our sovereignty in the Arctic, over the seabed of the Gulf of Maine, as an extension of Canadian nation-building we had been consolidating since the First World War.

Inevitably, this led to jurisdictional collisions with the United States. Gotlieb’s perception of the U.S. was always open-eyed, wary of American fusion of power and self-interest to ride roughshod over Canadian interests. Securing the bilateral Canada-U.S. relationship to solid ground became his great purpose as Canadian ambassador to the United States (1981-89).

Earlier, he had rocketed to the top of the Canadian public Service. Pierre Trudeau was looking for new, big ideas when he became prime minister in 1968. He created the Department of Communications, an innovative effort to achieve a McLuhanesque harmony of cultural content and technological carriage. He appointed Gotlieb, still in his 30s, as its founding deputy minister. He went on, in 1973, to steer the defining reforms and expansion of Canadian immigration as deputy minister of that Department.

In 1977, Trudeau, impatient with what he felt was an aversion to new policy ideas in the Department of External Affairs, put Gotlieb in charge as under-secretary. The prime minister and the civil servant had an intellectual synchrony that began over their shared training in the law as a pillar of justice, but that widened in combustion on ideas and public policy, especially in regard to foreign policy.

The Liberal election defeat in 1979 led to a fractious eight months for Gotlieb, with populist Conservative External Affairs Minister Flora MacDonald — they drove each other mad — before Trudeau came back unexpectedly as Prime Minister (“Welcome to the 80s”). He was determined to take his majority mandate to re-define both Canada’s constitutional authority at home and role abroad in the world.

Allan Gotlieb’s ambitions for the country matched the moment in an exceptionally creative time. Brought back to Ottawa as his

chair of policy planning, I swiftly realized my task was to convert into policy text the ideas that Allan and the prime minister were generating on the duality of Canadian globalism and our bilateral North American challenges, including testing the public climate with an article calling for Canada-U.S. sectoral free trade.

He didn’t let up. During that very busy year, Allan was finally persuaded or forced by his wife, Sondra, to escape Ottawa for a week or so to a Mexican beach. He returned with pages of notes in his crabbed writing on the need to demonstrate Canada’s global vocation because of the key relationships we had in every part of the world that coincided to a large extent with Pierre Trudeau’s remarkable personal bonds with empathetic world leaders — Helmut Schmidt, Julius Nyerere, Olaf Palme, Lee Kuan Yew, Fidel Castro, and Jimmy Carter, among others, soon to include Francois Mitterrand. It became a foundational text on bilateralism.

But Canada’s stage was still very much the multilateral system. In those days, the G-7 was becoming the premium world instrument for policy coordination and Canada was to be, for the first time, its host, at Montebello, in June 1981. Gotlieb was Trudeau’s Sherpa, preparing the group’s focus on the PM’s preoccupation with growing North-South economic disparities and the need for international institutional reforms.

Alas, conceptualization of an industrialized commitment to power-sharing was derailed by Ronald Reagan’s election in November 1980. As Sherpa, Allan steered the Summit to the moderate consciousness-raising that skeptics Reagan and Margaret Thatcher could live with.

leanings, and economic nationalism at home, and notably toward restrictions on U.S. investment.

After more than a dozen years as deputy minister in Ottawa, Allan felt the challenge of the defining U.S. relationship was what he was destined to confront.

His appointment as ambassador in Washington was initially derided by some who doubted whether this bookish, introverted Ottawa mandarin could manage the hurly-burly of political Washington and connect across the vast country.

His own “Washington memoirs” tell the story of how wrong they were.

Honoured to accompany him to Washington as minister for political affairs, I was astonished at how incredibly Allan and Sondra Gotlieb managed to make the official residence on Rock Creek Drive the go-to place for Washington’s a-list, who got to meet as a bonus Christopher Plummer or Donald Sutherland.

The Gotliebs were originals, as were their events — who in Washington had eaten whitefish roe from lake Winnipeg, or fiddleheads? Sondra, who had written smart, entertaining books, especially on foody themes, turned her hand to a satirical column on Washington society for the Washington Post. Doing so contradicted just about every thesis of advisable profile for an ambassador. It made her a local rock star. It made their salon of the powerful a top draw. It meant that Allan could get to see any senator or Cabinet secretary, and top security officials.

Once engaged, they were treated to discussion with someone of singular substance — on law, with an acute sense of the way power works, in Washington and the world. Along the way, Allan explained what Canadians were doing in our national project of

nation-building, including the fact that it should not be seen as bad news by Americans.

We took that message on the road. Allan pioneered the emphasis that diplomacy must be public. For the fight on acid rain, he took the message into lion’s den locales of opposition. We created alliances in Congress, in state houses, with mayors, and civil society. In effect, he re-wrote the book on how to conduct the business of an ambassador in America. (See Colin Robertson’s essay on Gotlieb’s ‘New Diplomacy’ in “Diplomacy in the digital Age”, 2011).

Audiences across America really seemed to value hearing from an insightful intellectual from their benignly opaque neighbouring country who was also pretty funny. Down-to-earth, when asked in a Q and A in San Francisco what he thought of their city, he dead-panned “It’s a lot like Winnipeg…” and brought the house down.

The Republican staffers around president Reagan may not have liked what they thought they saw in Trudeau, but the fact is that the prime minister was a known name in the US, and he and Reagan got along pretty well. Allan’s advice on how to handle the President was unerring.

In any event, Pierre Trudeau stepped down in 1984, and Brian Mulroney won a landslide victory that summer.

Though every indication foretold that Allan Gotlieb’s tenure in Washington would end, of course, it didn’t. He and the new prime minister, who had as his is top priority re-setting the bilateral relationship with Washington, doubled down with ambition for the relationship. Mulroney’s remarkable demonstration of personal magnetism won Reagan’s devoted personal support. Gotlieb worked tirelessly to sell the biggest of ideas — a free trade agreement — in Congress and in public around the country.

The finish would be a nail-biting negotiation at 5-to-midnight, but the accomplishment was historic.

It changed the dynamic of history in North America (until Donald Trump — though it lives on). Its realization was a great accomplishment of many, notably Brian Mulroney, but Allan Gotlieb was the uber-Ambassador we had to have, were lucky to have, who so figured in it becoming reality.

Allan and Sondra left Washington in 1989 for Toronto. He did many things.

In one of her books, Sondra wrote of meeting Allan as a relatively young and pretty woman in Winnipeg and her amazement that here was a man who admired and collected beautiful things. So, he did throughout his life, as an aesthete. He built the greatest collection of the enigmatic painting and illustrations of the 19th-century artist James Tissot whom he first discovered as a student at Oxford in an etching bin in an obscure London shop.

He was extraordinarily well-read. A compulsive reader of people’s psychologies, he drew from a lifetime of reading to entertain himself with the flow of people in official life. People and personages we came across always revived a literary memory of a character from Wilde or Trollope.

His long study of international law gave him a working use of Latin he put to use to make a point. When, as under-secretary he found he could no longer tolerate diplomatic windbag dispatches, he imposed a new communications regime “ad rem” (to the point) — two-page maximum.

In recent years, Pat Gossage and I would meet him for breakfast in a Yorkville hotel when I was in Toronto. He was a much softer

man by then, a bit wistful but terribly curious about the state of play out there, and crucially, with undiminished passion about the big ideas to come.

Of course, I am biased. He taught me immensely. He was enormously kind to me (when not chewing me out, once for “either blind ignorance or willful disobedience.” Yes, I did ask him if it might not be both. He laughed appreciatively.)

What I do know, is that Allan Gotlieb was uniquely gifted, visionary, and able. Like no one I have ever met.

Jeremy Kinsman is a former Canadian Ambassador to Italy, to Russia and to the European Union, and High Commissioner to the U.K. He is a Distinguished Fellow with the Canadian International Council.

Jeremy Kinsman is a former Canadian Ambassador to Italy, to Russia and to the European Union, and High Commissioner to the U.K. He is a Distinguished Fellow with the Canadian International Council