On 20 September 2017, Major General (retired) Cam Ross, CD, OMM (on the left) handed over the reins of CIC’s Victoria Branch to Dr. Chris Kilford, CD. It was a busy day as CIC Victoria also hosted Harvey Rishikof from Washington DC who discussed US-Canada relations, emerging cyber conflict frameworks, the future of nuclear deterrence and the dynamics of domestic US politics. The lunch time event drew a large crowd of almost 140 members and guests and was followed by the Branch AGM.

The next day CIC Victoria hosted National Public Radio (NPR) counter-terrorism correspondent Dina Temple-Raston who has just completed the first season of a podcast that looks at radicalization and the adolescent decision-making process. In a fascinating dinner talk attended by 40 members and guests, Dina shared what her reporting has revealed about rehabilitation efforts for radicalized youth in Minnesota and Morocco and also talked about innovative programs in Israel that are channeling young people away from criminal cyber-hacking. 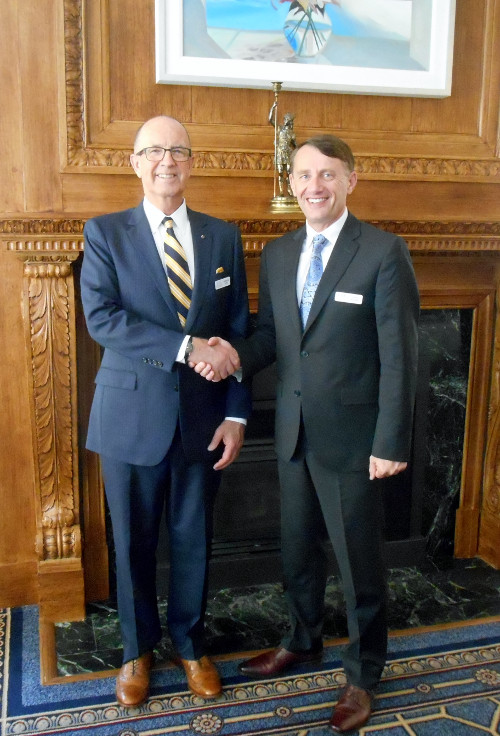