On 21 June, Aidan Collier, a MA philosophy student at the University of Victoria (UVic), was named the winner of this year’s student essay contest sponsored by the Victoria Branch of the Canadian International Council (CIC) and the Centre for Global Studies (CFGS) at UVic. The contest, which was open to students from UVic and Royal Roads University, was adjudicated by members from CIC Victoria’s executive and the CFGS.

In his essay, which was presented at a Roundtable sponsored by the CIC and the CFGS at UVic, Aidan critically evaluated the meaning and current uses of the term “populism” including its pejorative uses, relevance to contemporary global issues, and application to current trends in right-wing politics in both Europe and the United States. In addition, he suggested a way forward for changing how we constructively engage with seemingly extreme positions in order to forge a better world.  Put simply, he recommended that we resist the temptation to see political opponents as evil. Widening the scope of legitimate political discourse would, he argued, draw support away from parties that advocate for the worst of right-wing ideology. During a lively question and answer period, Canada’s role as a potential leader against the worst forms of populist politics was also a hot topic of discussion. 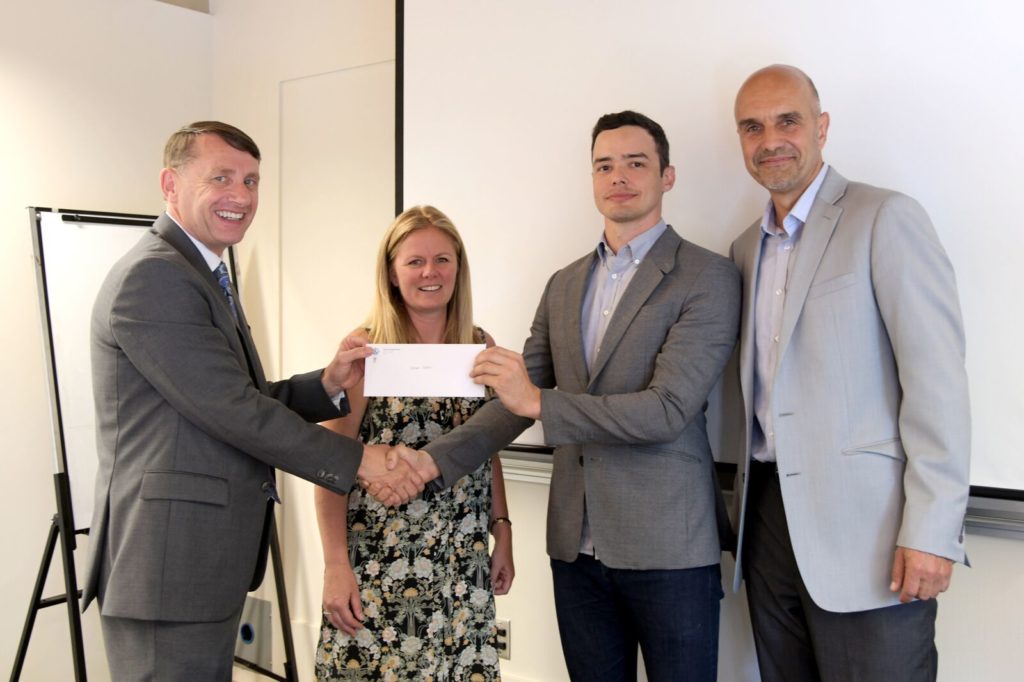