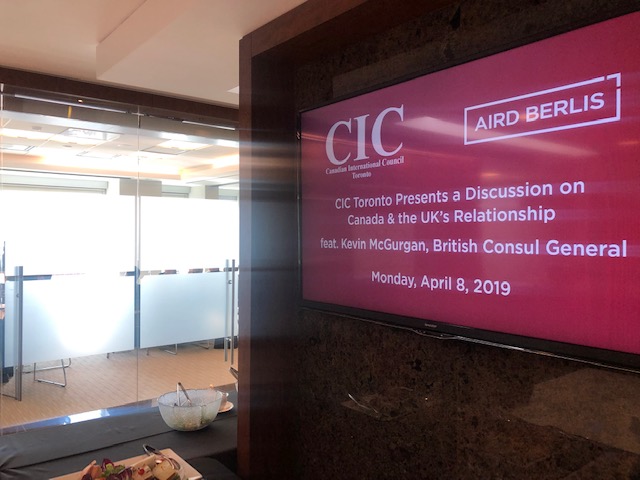 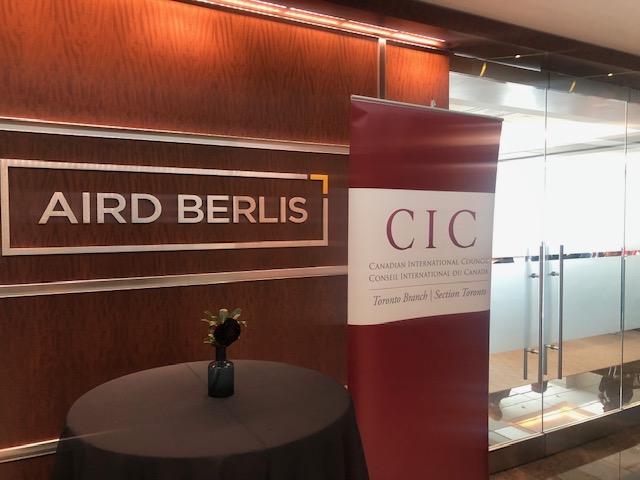 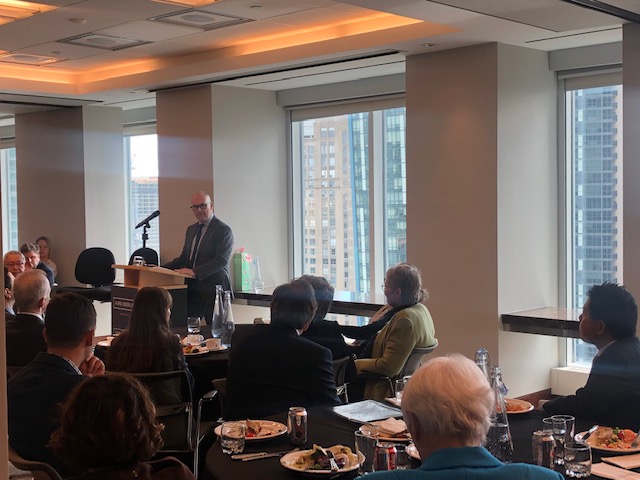 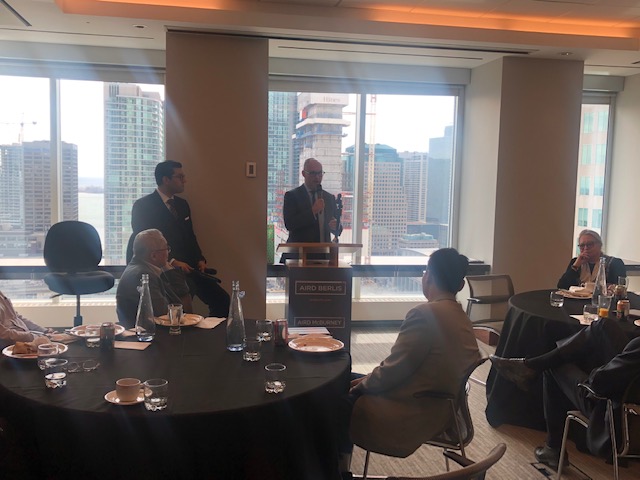 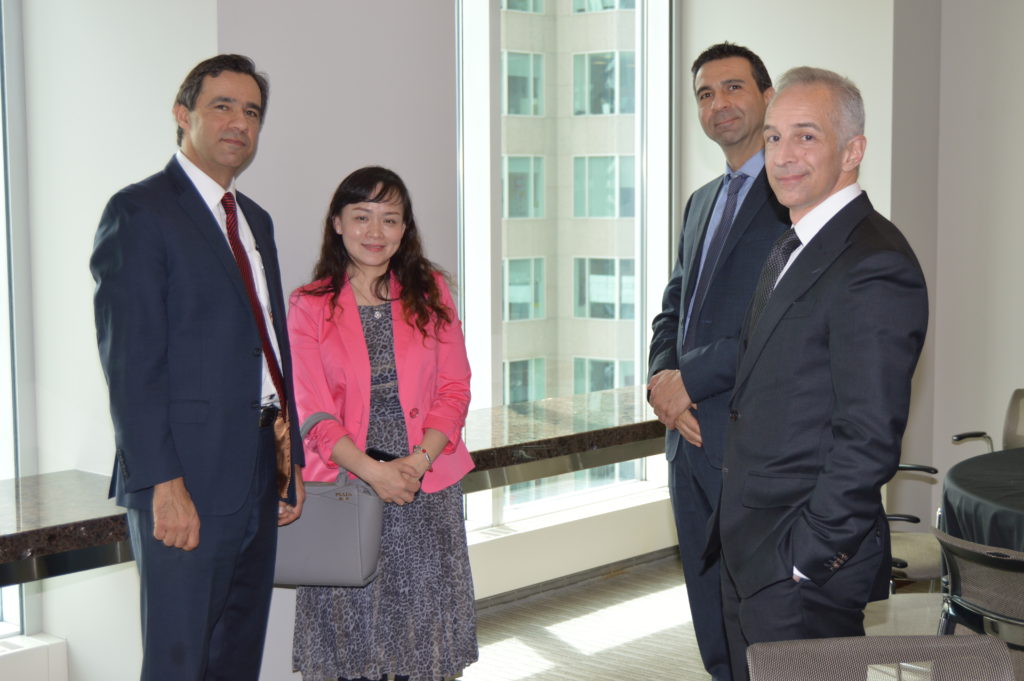 On Monday April 8, 2019, H.E. Kevin McGurgan, British Consul General in Toronto, delivered a luncheon address on “Canada-UK Relations Moving Forward,” organized by CIC’s Toronto Branch and hosted by the downtown law firm, Aird and Berlis. Mr. McGurgan provided a comprehensive assessment of the tremendous potential of bilateral relations in the decade ahead, focusing on the urban and regional dimensions of public policy, where both countries will need to make fresh investments in their infrastructure and their people, building on their deep ties of culture and democratic values, as well as family bonds. While acknowledging the importance of the ongoing Brexit negotations between the UK and the EU, he emphasized that Her Majesty’s government aims to further deepen and expand Canada-UK ties as an anchor of social and political stability in the current climate of rapid change in international relations, where long-standing trade agreements and defence pacts are encountering serious headwinds from populist and nationalist movements across Europe, in the Americas, and beyond. Aaron Bains, vice president of CIC’s Toronto branch who practices corporate law at Aird and Berlis, and served as the event’s host, welcomed Mr. McGurgan’s emphasis on the need for greater city to city ties between the two countries, with a particular emphasis on their world renowned education sectors. In his introductory remarks, Alidad Mafinezam, an executive member who had helped in organizing the event, reminded the audience of over 50 distinguished individuals that while over 100 countries have consulates in Toronto, it was only natural for the Consuls General series to begin with the UK, given the deep ties between the two countries. Her Honour Elizabeth Dowdeswell, the Lieutenant Governor of Ontario, who was among the attendees, found the event educational and expressed her support and appreciation for the Canadian International Council’s work.