CIC Halifax: Insights on Saudi Arabia and the Middle East

CIC Halifax: Insights on Saudi Arabia and the Middle East 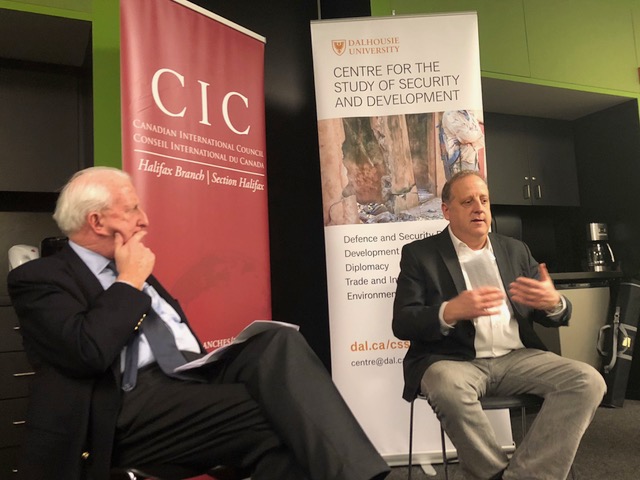 Although Crown Prince Mohammed bin Salman (MBS) is the most public face of Saudi Arabia, King Salman at 83 is still a real (and likely moderating) force in the Kingdom, Horak said.

MBS consolidated his position with a major crackdown on corruption affecting hundreds of the country’s elite. This Round-up at The Ritz was generally well-received in the Kingdom, according to Horak.

MBS has very ambitious plans, outlined in his ‘Vision 2030’  for diversification of the economy away from oil, reducing reliance on foreign workers, building new infrastructure, and comprehensive modernization of the K-12 school system.  Horak stressed that thinking through the detail and consequences of decisions is often not a Saudi policy strength, and that some of MBS’ more impulsive actions have had adverse and unintended consequences.

Horak noted that while there have been some advancements for women’s rights in Saudi Arabia at various levels: women head the Kingdom’s stock exchange and two major banks, and Princess Reema bint Bandar has recently been named Ambassador to the United States (an appointment which he cited as entirely merited), the country’s male guardianship system endures.

Horak provided context for the diplomatic row that erupted in August 2018 arising from a Global Affairs tweet which called for the immediate release of jailed human rights activists. He noted that the Saudis objected to the use of ‘immediate’ as constituting interference in their internal affairs, and that their furious response (cancelling flights, ordering the withdrawal of medical and health care students, and expelling the Canadian Ambassador – Horak himself) was a massive over-reaction, with serious unintended consequences notably on the Saudi medical system.

He assessed that notwithstanding the current official chill between our nations, there was no increased risk to Canadians travelling to Saudi Arabia especially those going for work or pilgrimage.

Horak noted that re-establishing good relations with Saudi Arabia will take some time, and should be a priority for the GoC, though this may not be the case at present. He stressed the desirability of consultation with the field in making national statements on foreign policy matters, and acknowledged the difficulty of this in the age of social media. He reminded the audience that diplomacy must be pragmatic, especially for G7 countries, and that it was often essential to do business, and maintain relations with regimes with which a country might have significant differences.